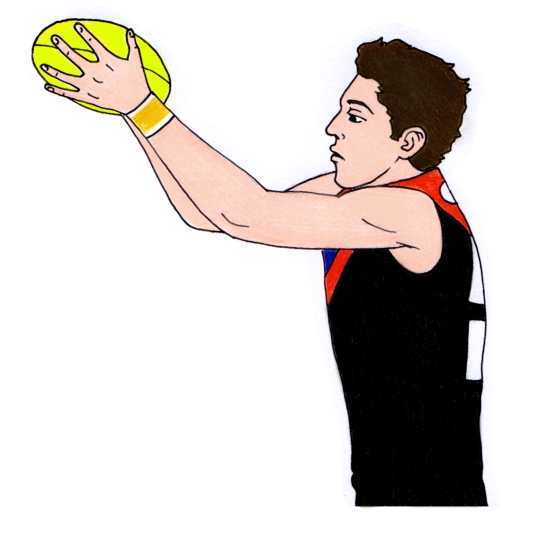 I watched the Saints take on the Bombers in mid July, which was the first time Jake Carlisle faced off against his former club since he opted for a clean slate. I dialed in because I wanted to see if he had evolved as a player and a human. My final memory of Carlisle was when he shouted “this club is f – ‘ed” in a match against the Giants in 2015.

The outburst was heard by officials and fans.  This on top of telling a Bulldog forward he was counting down the matches before leaving the Bombers at the end of the season and admitting to a Crows forward he didn’t care about the result of that particular game because he’d be gone by the end of the season. If the Essendon drugs saga wasn’t enough to dampen his mood, then the shift from the backline to forward line certainly did.

This often made for fun press conferences when journalists asked him if he enjoyed playing up forward. They didn’t even need to ask him; his body language during games – hands on hips – said enough. The inconsistency, the half-arsed leads, the lazy spoils, the two-hands on the back of the head look, and disenchanted attitude seemed to outgrow his capabilities. By the time he left the Bombers he was a dirtbag who reeked of potential.But these are the things I think about when I remember Buckets.

During the Round 17 match at Etihad Stadium, it took five minutes before Joe Daniher climbed on Buckets’ back for one of those highlight reel grabs – full knee high on the shoulders, arms as high as the goal posts. Buckets found himself well under the ball, almost trapped, and couldn’t adjust his 201-cm frame in time. Then, three minutes into the third, Hurley unloaded a monster drop punt from 60-metres that went as high, as it did long, only for Daniher to use Buckets as a stepladder deep in the goal square. Unlike the Buckets of old, he kept his head, and pressed on.

It would be highly unfair to judge a player on two contests, but watching Buckets made me feel uneasy at times. His skills have almost never been questioned when he’s on, but I’ve always queried his motives and lust for the game. Does he really want to be a footballer? It’s a fair question. And not unique to Buckets. But other players disguise their intentions better – or simply quit. Adding fuel to those fleeting thoughts, was the time when Snapchat footage of him sniffing a white substance surfaced prior to him landing at the Saints. For a guy craving a new start, it really made me challenge his football aspirations. Optics, for footballers, is everything.

At the Saints, Buckets is where he’s always wanted to be and this season, he’s showed glimpses where he becomes this defensive vacuum, crashing packs and reading the play for last ditch interceptions. During the second quarter in the Bombers match, Buckets took a contested mark in the hot spot amid a sea of players. Moments later, in the same area, he again emerged with the ball, tapping it gently to his advantage and moving it in the air gracefully with his hands. He dished off the hands and the Saints went into rebound mode. Buckets has become adept at being the casual assassin, where he’s this unassuming figure that can wreck your forward set up but if things aren’t going his way, his energy levels drift off into stands, leaving a Buckets-like human shell defending with half spoils. This is how he’s played his football.

In fairness to Buckets, he is a defender first and everything else – pinch hitting ruck and  last-minute-forward-tall-guy option – after that. When Hird played him as a forward the only two things he had going for him was that he was a tall body and he could take contested marks. But when opposing teams knew the Bombers lacked offensive personnel to take the heat off Buckets, he became a double and triple team punching bag. It was a hard place to thrive for Buckets. This year he’s second at the Saints for marks (105) ahead of Riewoldt and he’s the fourth best user of the ball at the club (80 per cent). But it’s this telling statistic that shows us he’s starting to shed his blockhead ways: second at the Saints for one per centers (78). One per centers are the epitome of football; doing hard things for little or no reward.

The Saints are 9-9 and are still some ways off being back to their 2010 Grand Final best, or even the 1997 team that couldn’t handle the second half blitz the Crows forced on them to win a flag. There’s no Rob Harvey. No Lenny Hayes. No Spider Everett. No Barry Hall. Those memories still live on. And as I mull over this, the Bombers kick another goal. I watched Buckets and instead of sinking into his hips and pointing his eyes to the ground, something he would have done years ago, he looked up, eyes wide open and waited for the ball to be bounced. It’s the small things you notice in footballers.

Alan Richardson said recently “We think our best footy is strong enough to be competitive with anyone and we think we’ve proven that. What we’ve also proven is that there’s a gap between our best footy and our poorer performances.” Riewoldt just announced his retirement. Montagna is injured. Armitage has hand woes. But there’s enough talented young bucks to get everyone excited for the years ahead. Buckets has had a resurgent season without being dominant. With the good patches there’s been those 5-touch-2-mark games like the match against the Bulldogs, a game they lost by 40-pts. But he re-established his prowess with 21-disposals, 8-marks over the 2016 premiers. Only a player like Buckets could you say, perhaps his best is still to come after seven seasons.

THE FIFTY is an AFL journal that was founded by a group of writers in 2017. Its aim is to celebrate the game of football and its culture through good writing. We hope to emerge into an open and disparate publication for the thinking football fan. You won’t find breaking AFL news here. There are other spaces for that.